7 Popular Science Books that Motivate Me to Finish My Degree

7 Popular Science Books that Motivate me to Finish my Degree

I am currently starting my final year as a physics major at the Georgia Institute of Technology. It has been, well, hard. Sometimes it’s difficult to the point of me forgetting why I’m doing it in the first place. That’s where popular science often comes to the rescue. Although most of what is published isn’t even in my area (I’m working in nonlinear dynamics and plasma physics, which is something so obscure I don’t think a single mainstream book has been written about it), popular science boosts my spirits, and reminds me of why I love science. In short, it keeps me motivated to continue my degree.

The list of books below have been the ones that I keep going back to (either to reread, or just repeatedly thinking about them, and what they talked about). Each one has played an important role in my continued interest, and (humble) success in science. Each one does a fantastic job of portraying a love of the subject being talked about, and each one is inspiring.

Of course, I am not going to claim that reading these books will qualify you to work within, or even completely understand the subjects covered. Often, the topics are talking about the very edges of what is being researched, meaning that even the world’s top scientists don’t have all the answers. Popular science, in general, should be viewed as a jumping off point for something that excites you, as a motivation tool, or even as a way to heuristically understand a concept that may have been explained too abstractly from another source. I, personally, have used the books below for each of these purposes. Now, if you want to try to learn physics (as that is what all but one of these books is on), I will provide a curated “curriculum” at the end of this article, with books that should bring you right up to the level of an advanced first year graduate student, aka the place where you can start getting into some of the pop sci topics like black holes, and string theory. 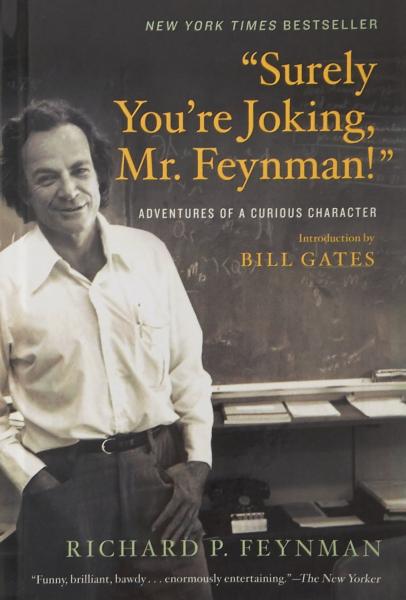 If you want a “silver bullet” for your STEM-based motivational needs, this is it, at least for me. Richard Feynman, though a complicated and flawed person,  is famous as the “great explainer” due to his uniquely energetic, and easy to understand lecture style. This certainly comes across in this book, which is a pseudo-biography. I say “pseudo” because it isn’t focused on arbitrary dates, but instead on the stories that Feynman was most fond of telling. Although each was not necessarily focused on his scientific work, they all had at least a loose connection. This prevented the book from becoming too much like an educational pursuit, and let it be something closer to talking to an old friend who loved their job. Many times, I would sit down to read a little bit of this book, and come back ready and excited to work. 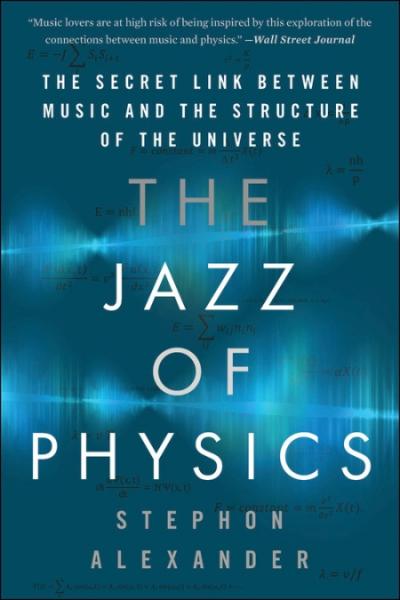 I love music. I always have to have it going when I’m working, and when I’m not I’m practicing guitar. So, finding a book that tries to combine both physics, and the ideas of music is nothing short of wonderful. The Jazz of Physics is definitely the most unique approach to a popular science book on this list. Every scientific idea is matched with a musical one that is designed to explain the science. Unfortunately, some of the comparisons are a bit of a stretch, and left me confused, but most of the time, the ideas of music and physics mesh well, and motivate me to study both. Most importantly though, this book is one of the few popular science books that also encourages having a hobby, and the benefits of not working all the time, perhaps the most important idea for anyone in our modern world. 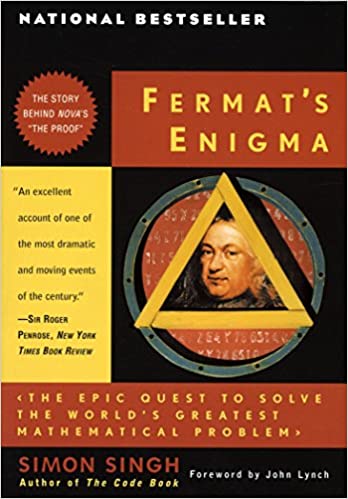 This is the first popular science book I remember reading, and also the only one focused entirely on math. It is very engaging, and sets a historical stage for both math in general, and the specific topic of the book: Fermat’s Last Theorem. Before writing this article, it has been years since I’d read Fermat’s Enigma, yet I still thought about some of the anecdotes. Such as the prevention of a suicide due to pure mathematical curiosity, or the cult of Pythagoras. However, what stood out most to me, was that there were actual worked proofs in the back of the book! I read this in high school for the first time, and it blew me away seeing a book intended to be read for enjoyment including proper educational tools. In many ways it was a major source of motivation to pursue science, and rereading it now, it was a major motivation to continue pursuing science. 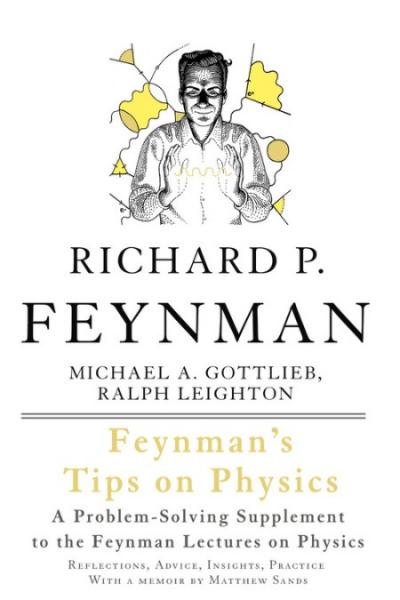 Feynman’s Tips on Physics toes the line between lecture notes and popular science. A good half of the book are lectures on either the advanced topic of gyroscopes and their applications, or tips on physics. Both lectures are very interesting, very valuable, and presented by Feynman, so very enjoyable. However, at times these can be a bit heavy, which is where the value of the first half of the book is. Feynman’s Tips on Physics starts with several interviews by the people who worked with Feynman on his lectures, as well as an interview with Feynman himself. It serves to give fantastic historical context to the whole project, and outline how everyone felt about it. Personally, I found the dedication that was shown in creating the lectures extremely inspiring, and the history fascinating. Overall, Feynman’s Tips on Physics provides a great resource for actually solving physics problems, as well as a fun time capsule for the history of science.

Astrophysics for People in a Hurry

Astrophysics is one of the most common popular science topics, so there’s a lot of competition, despite this though, Dr. Tyson does a fantastic job going step by step through the ideas of contemporary Astrophysics. By the end you feel that you truly learned something about the cosmos. It’s exceedingly well written, and short enough to binge. Tyson’s anecdotes also make it feel far removed from a textbook. If you’re looking for something that can be used as a benchmark to judge your interest in Astrophysics, consider Astrophysics for People in a Hurry a one-stop-shop. For those already neck deep in STEM, Tyson’s passion serves a renewal, and a reminder of the passion that presumably drove you to study, that has certainly been my experience. 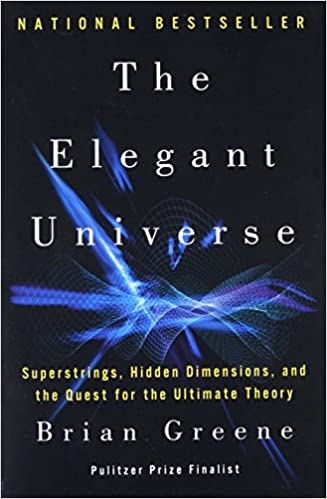 The classic entry into the world of String theory, at least in the popular science realm. Brian Greene is a master of conveying extremely advanced ideas in a way that is both in depth, and easy to digest. Much like Surely you’re Joking Mr. Feynman, the Elegant Universe contains a number of anecdotes from Greene’s life, most of them being from his research experiences. This is extremely inspiring for me, as I want to go into research as a profession. It serves as a direct example of someone finding the passion, and honing the skill to contribute a huge amount to the field they are a part of. In short, it shows me what I could be if I continue working hard. 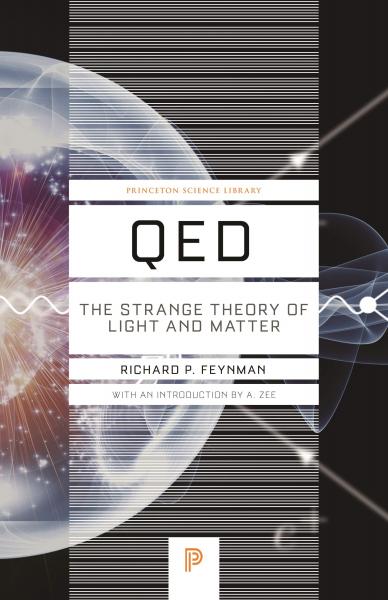 This is by far the complicated traditionally popular science book in this list. It is yet another book associated with Feynman, but this is unique in that it is about the theory that he is most well known for: Quantum Electrodynamics, presented in this book as effectively a quantum treatment of optics. The content of QED is the transcription of a set of short lectures Feynman gave about quantum electrodynamics to a lay audience. In typical Feynman style, the points are easily understandable, while not diluting the theory very much. The motivation that this book provides is primarily from giving you the ability to understand a topic qualitatively that isn’t covered until graduate school, it’s extremely impowering.

I will keep this section brief. By and large, if you want to pursue physics professionally, you need a degree, and the books I list below cover the vast majority of what would be covered in a general undergraduate degree in physics, with some exceptions that I will point out. With any luck, the list below will help you either prepare yourself for what you want to pursue, or fulfill your scientific curiosity. Any differential equations textbook will do our suggestion  is Ordinary Differential Equations by Mohammad Niksirat. For most of undergraduate physics, you learn the math as you go, so I’m not going to be very picky about specific books for learning math. Though, I strongly recommend the 3Blue1Brown series on linear algebra, and the series on calculus, they are very easy to understand, and give you the big picture understanding that is important for physics.

The following are the books that I have used in my own undergraduate education for the “core” physics classes. They are all fantastic, and I have personally read sections of each in my free time.

A Modern Approach to Quantum Mechanics (2nd Edition) by Townsend

I would be remiss to not mention these classics. They cover everything—aside from traditional perturbation theory in quantum mechanics—that the above books cover, but in the form of lectures, so if that is how you learn, the Feynman Lectures are the obvious choice. The only disadvantage is that they do not include practice problems, so you’d either have to buy the separate book for that (link) or look online.

The following books are recommendations that cover topics outside of a “normal” undergraduate curriculum.

The only one of the “specialty” books at an undergraduate level. It is very well written, and aimed as a survey of the workings of the current most promising fusion device: the Tokamak. This is the book that convinced me to go into plasma physics, if you have any interest in fusion energy, it is a must read.

The version linked here is a slightly revised version of the 60s original which fixed a lot of the formatting issues. Effectively, this book gives a more rigorous understanding of what is talked about in QED, though it is not a book on field theory, it is a fantastic tome on mathematical methods of physics, and the path integral, which is invaluable in certain formulations of Quantum Field Theory.

Quantum Field Theory in a Nutshell by A. Zee

This is the only book in this article that I have not read. However, it is consistently the book of choice for introductory Quantum Field Theory courses, and it has the advantage of being very in-depth and thus can be used as reference for more advanced study that relies on QFT.