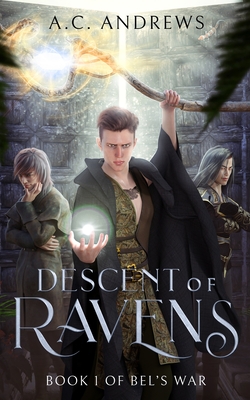 An LGBTQ+ Epic Fantasy:
The old covenant of the gods is broken. Will the world break, too?


When an army of vampires invades the island of Trosika, Rio and Turi must fight for their future. Rio is a healer and a priest of Astara who suffers severe self-doubt and a growing crisis of faith; even his goddess cannot stop the forces arrayed against them. Turi has long buried a secret about himself that he fears could upend everything. When Rio unseals a centuries-old tomb, releasing the immortal and cursed prince Philip, he discovers that he has a bond with Philip that stretches across lifetimes. As Turi grapples with his secrets, he is recruited by the terrifying goddess Mormo and gifted with necromancy for reasons he does not understand. Rio and Turi must contend with bloodthirsty mages, battle an endless army of vampires, and confront the truth of who Turi truly is; most of all, they must rely on their unshakable friendship to survive. As they struggle to protect each other, their religion, and their island home, the fate of an empire hangs in the balance. Descent of Ravens is an exciting new fantasy with gay, trans, and non-binary protagonists, rich world-building, and dark adventure Content Warnings: This is a work of fantasy with LGBTQ+ characters, violence (including epic battle scenes), adult language, and adult situations including mildly explicit scenes of sensuality and consensual sex suitable for older YA readers and adult readers. There are sadistic villains whose sadism involves cutting and blood and feral vampires who are, ahem, messy eaters. Scenes of villains using transphobic language in a context that is LGBTQ+ affirming.