Year of the Reaper (MP3 CD) 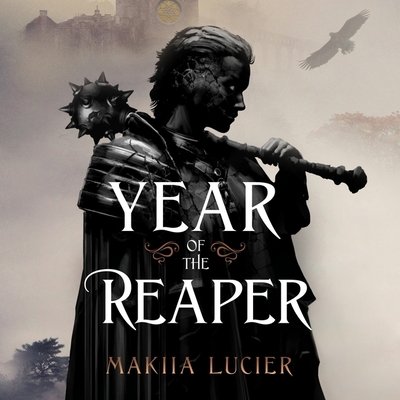 Year of the Reaper (MP3 CD)

In the aftermath of a devastating plague, a young lord is determined to discover the truth behind a mysterious attempt to assassinate the young queen.

Three years ago, young Lord Cassia disappeared in the midst of war. Since then, a devastating illness has swept the land, leaving countless dead and a kingdom forever altered. Having survived war and plague, Cas, now eighteen, wants only to return to his home in the mountains and forget past horrors.

But home is not what he remembers. His castle has become a refuge for the royal court, and they have brought their enemies with them.

An assassin targets those closest to the queen, drawing Cas into a search for a killer. With the help of a historian-in-training named Lena, he soon realizes that who is behind the attacks is far less important than why. Cas and Lena must look to the past, following the trail of a terrible secret--one that could threaten the kingdom's newfound peace and plunge it back into war.