When You Catch The Fish, Throw Away The Net: Guide to the Works of William Douglas Horden (Paperback) 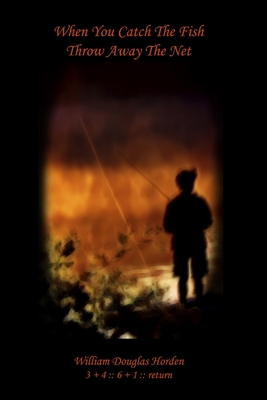 When You Catch The Fish, Throw Away The Net: Guide to the Works of William Douglas Horden (Paperback)


Estimated arrival to store from West coast warehouse: 2 days. From East coast warehouse: 8 to 10 days.
This book is non-returnable. We will confirm your order with you before placing to be sure you acknowledge and accept.
We speak of the spirit world as if it were far away. It was my particular fate to be born on a cemetery and spend formative years among the dead. From a young age, I attracted spirits who would stand at the foot of my bed and teach what they knew to be important. And entering adulthood, I was drawn by good fortune and wild synchronicities to my I Ching teacher, Master Khigh Alx Dhiegh, who taught me this art of moving between worlds. Just a few years later, I was befriended by Dr. Robert Sharp, who had perfected his own technique of teaching the radical shift of attention involved i leaping into the nagual. And just a few years after that, I was adopted by the Tarahumara shaman, Don Alfredo, who opened my eyes to the deep mystery of collective dwelling within the spirit world-especially as a means of preserving a way of life. Twenty-three years later, I was fortunate to have a sudden heart attack, die, and be resuscitated after two minutes-two minutes that seemed like months of exploring and learning within the spirit world. Living like a twig carried on the river's currents brought me to those experiences. Writing is just the shadow of living, so I have always written the same way-stepping aside to listen to what wants to be written. Following the path of nonresistance, opening the channel of non-friction, I have tried to hear what the spirit world calls out in the echoes of my own soul's song. Why is all this important? Why is this worth a lifetime? There is a part of me that knows the answer to that question but it is silenced by the gulf of unintelligibility separating mortal thoughts and immortal knowing. I can only say that it feels like I have been able to carve out my own niche in the crowded cliff-face of the ancestors. In this book's chapters, I describe each of my books and its place in the overall work. To do that, I've included other background information to give each book context, as well as excerpts and examples from each.