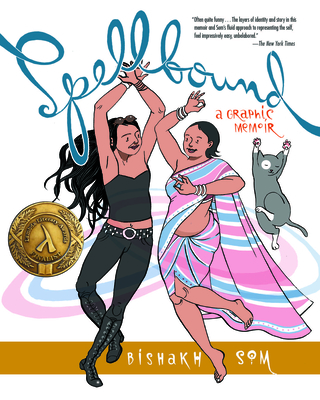 The meticulous artwork of transgender artist Bishakh Som gives us the rare opportunity to see the world through another lens.
This exquisite graphic novel memoir by a transgender artist, explores the concept of identity by inviting the reader to view the author moving through life as she would have us see her, that is, as she sees herself. Framed with a candid autobiographical narrative, this book gives us the opportunity to enter into the author's daily life and explore her thoughts on themes of gender and sexuality, memory and urbanism, love and loss.

Bishakh Som, who grew up in New York City, but whose parents were originally from India, received a master's degree in architecture from Harvard University and worked for many years in that field, most notably at I.M. Pei's New York office. She lives in Brooklyn, New York. Bishakh's work has appeared in The New Yorker, The Boston Review, Buzzfeed, and The Huffington Post. She has a new collection of short comics, titled Apsara Engine, which will be published by The Feminist Press in Spring of 2020.