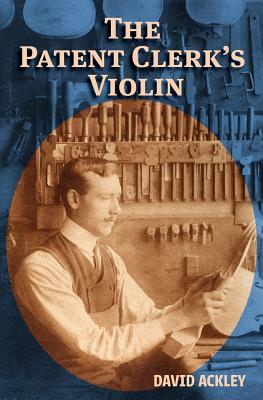 When Carl collected the violin for repairs, he could never have imagined the momentous future awaiting its owner.

A luthier repairs a Patent Office clerk's violin in Bern, Switzerland, and thus begins the friendship of Carl and Albert, two very different people - the one involved with his physical craft on a daily basis, and the other spending much of his time contemplating the mysteries of physics. A shared interest in music and membership in an amateur quintet bring them together regularly, and they find themselves comfortably discussing Albert's fascinating theories which subtly begin to shape Carl's view of the world and himself.

The book is set in late 1904 during the months leading up to Albert Einstein's "Miracle Year" when he published four ground-breaking articles on physics. At this time in his life, Albert is a new parent busy with his day-to-day workload at the Patent Office; however, his obsession with his mental experiments in physics is always at the forefront of his thoughts. The luthier, Carl, with the help of his shop assistant, Peer, has his hands full with intricate and varied violin repairs and restorations, especially in keeping the school district's student violins in working order, but is also dealing with a long-distance marriage and increasing dissatisfaction with his routine job.

Carl becomes involved in helping to understand the inexplicable appearance of a valuable violin bow in the hands of a local student and assists in uncovering the source of this minor mystery, while also discovering what had caused Albert's violin to change so much in tone that it needed repair. At the same time, during the winter of their acquaintance, Albert makes a series of breakthroughs in his efforts to solve some of the most perplexing enigmas facing physicists at that time. It is Albert's kind and open manner, and willingness to explain his discoveries in a language that he thinks Carl can understand, which endears him to Carl. Though Carl has difficulties in comprehending Albert's musings, Albert appreciates Carl's ability to apply what he hears to his own contemplation of the world. As Carl sees Albert single-mindedly pursuing his ambitions, he also gains the courage to follow his own creative vision.

The novel also includes several other well developed fictional and historical characters including the Bern artist, Paul Klee, depicted as a longtime family friend of Carl's. It is through Carl's amateur attempts at drawing that Paul's views on art and music are explored.