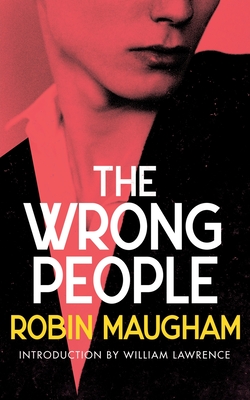 Set against the seedy backdrop of 1960s Tangier, The Wrong People (1967) is the story of Arnold Turner, a repressed English schoolmaster on holiday in Morocco, where he meets Ewing Baird, a wealthy American expat with a dark secret. Ewing lavishly entertains him and even provides him with a young lover, but as Arnold becomes more and more involved with Ewing he realizes only too late that he has been lured into a dangerous trap - and his only chance of escape is by helping Ewing to carry out a sinister plan.

Drawing in part on the author's real-life efforts to expose the African sex trafficking trade, Robin Maugham's first explicitly gay-themed novel was both a critical and a commercial success, being reprinted several times - including in the important Gay Modern Classics series - and was optioned for a film version by Sal Mineo (Rebel Without a Cause). This edition includes a new foreword by Maugham's longtime partner William Lawrence.

'I can only think of a handful of novelists who can play the reader like a hooked fish with comparable ingenuity and suppleness.' - Francis King, Sunday Telegraph

'A gripping thriller. Storytelling at its best.' - Sunday Express