The Eye of the Beholder: The Gospel of John as Historical Reportage (Paperback) 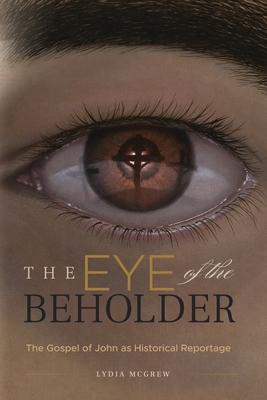 The Eye of the Beholder: The Gospel of John as Historical Reportage (Paperback)

Why is the Gospel of John different from Matthew, Mark, and Luke? Many scholars have suggested that John felt more free than the other evangelists to massage the facts in the service of his theological goals and to put embellishments into the mouth of Jesus. Such freedom supposedly accounts for the discourses in John, for Jesus' way of speaking in John, and for (at least) the time, place, and manner of various incidents. Analytic philosopher Lydia McGrew refutes these claims, arguing in detail that John never invents material and that he is robustly reliable and honestly historical.

The Eye of the Beholder: The Gospel of John as Historical Reportage is unique in several respects. 1) It delves in more detail than previous works do into the meaning of common scholarly phrases like "Johannine idiom" and applies careful distinctions to defend the recognizable historicity of Jesus' spoken words in John. 2) It focuses especially on arguments that have impressed some prominent evangelical scholars, thus refuting the unspoken assumption that if a scholar dubbed "conservative" is moved by an argument against full Gospel historicity, it must be strong. 3) It argues positively for the historicity of John's Gospel using evidences that are not commonly discussed in the 21st century, including undesigned coincidences, unexplained allusions, and the unified personality of Jesus. 4) While the body of the book will be congenial to many who accept Richard Bauckham's "elder John" theory of authorship, The Eye of the Beholder features a lengthy appendix on that question, including original arguments for authorship by the son of Zebedee.

Meticulously argued and engagingly written, The Eye of the Beholder contains a wealth of material that will be helpful to seminarians, pastors, and laymen interested in the reliability of the Gospel of John.