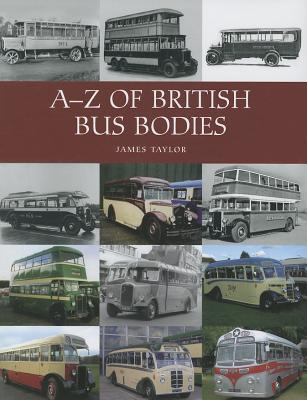 A-Z of British Bus Bodies sets out to offer a first port of call for anyone with an interest in those who built bus and coach bodies in Britain and Ireland between 1919 and 1975.  From charabanc to service bus, from luxury coach to municipal double-decker, the sheer variety of public service vehicle (PSV) bodies is astonishing. The contents of this title include an alphabetical listing of British bus body builders between 1919 and 1975, well-known larger companies and small local companies, illustrations with period and modern images, including contemporary advertising material, and a substantial introduction looking at operators of the period, the body building process, and the development of bus body building throughout the period.

James Taylor has been researching and writing about motoring history since the late 1970s, and has written widely in the motoring press in the UK and abroad, as well as authoring more than 100 books.