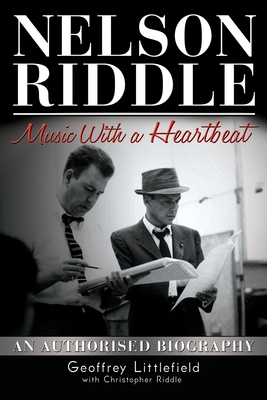 'This book is about one of my all-time heroes, Mr Nelson Riddle. It makes for fascinating reading and I am enjoying it very much.' SIR MICHAEL PARKINSON

NELSON RIDDLE was possibly the greatest; one of the most successful arrangers in the history of American popular music. He worked with global icons such as Peggy Lee, Judy Garland and many more. And in a time of segregation and deep racial tensions in the US, he collaborated with leading black artists such as Nat King Cole and Ella Fitzgerald, forming close, personal friendships with both. He also wrote successful TV themes and Oscar-winning film scores.

A complex and often forlorn genius, he will forever be remembered for his immortal work with FRANK SINATRA, but like fine wines his later vintage was just as palatable, if somewhat of a surprise.