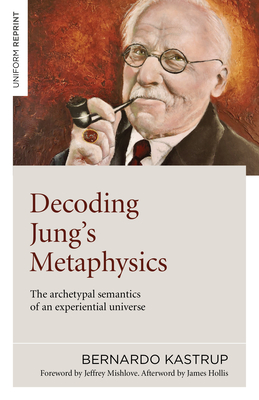 
Estimated arrival to store from West coast warehouse: 2 days. From East coast warehouse: 8 to 10 days.
More than an insightful psychologist, Carl Gustav Jung was the twentieth century's greatest articulator of the primacy of mind in nature, a view whose origins vanish behind the mists of time. Underlying Jung's extraordinary body of work, and providing a foundation for it, there is a broad and sophisticated system of metaphysical thought. This system, however, is only implied in Jung's writings, so as to shield his scientific persona from accusations of philosophical speculation. The present book scrutinizes Jung's work to distil and reveal that extraordinary, hidden metaphysical treasure: for Jung, mind and world are one and the same entity; reality is fundamentally experiential, not material; the psyche builds and maintains its body, not the other way around; and the ultimate meaning of our sacrificial lives is to serve God by providing a reflecting mirror to God's own instinctive mentation. Embodied in this compact volume is a journey of discovery through Jungian thoughtscapes never before revealed with the depth, force and scholarly rigor you are about to encounter.
Bernardo Kastrup has a Ph.D. in philosophy and another in computer engineering. He has been a scientist in some of the world's foremost scientific laboratories. His main interests are metaphysics and philosophy of mind. He lives in Veldhoven, Netherlands.