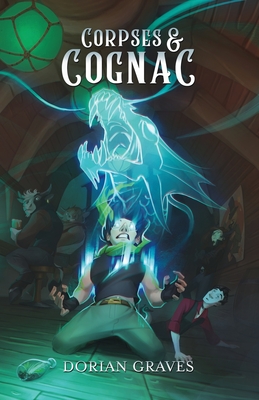 An ancient leviathan lies buried under the town of Arcata, California-which isn't a problem until its head goes missing and its ghost threatens to destroy the entire town. Sounds like a typical case for possessed hairdresser Retz and cursed bounty hunter Jarrod, the half-huldra Gallows brothers. But the case soon turns complicated with a string of disappearances, a madcap carnival promising eternal bliss, and a motorcycle gang of minotaurs plotting against mysterious strangers that are neither human nor monster.

Lucky for the Gallows brothers, they have staunch allies...or at least they have Nalem, the necromancer ghost who "borrows" Retz's body, and Farris, Jarrod's daredevil boyfriend coming to grips with his new un-life as a Faerie. Everyone else they thought of as friends show a different face in the funhouse mirrors, and old foes beg to be saved from "The Happiest Place Out of This World".

This case will shake Retz and Jarrod to their cores, forcing them to question everything they know about themselves and their loved ones. It'll be a struggle to save the day with their bodies and minds intact...which means it's the perfect time for a drink. Sit back and raise a glass-the Gallows brothers ride again