Science and Health, with Key to the Scriptures: Christian Science (Paperback) 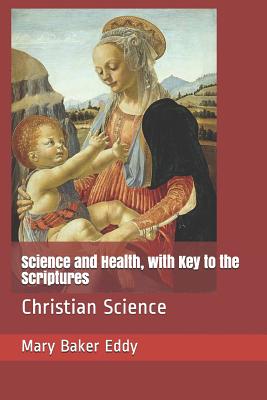 Science and Health, with Key to the Scriptures: Christian Science (Paperback)


Ask us a question if anything isn't clear. Thanks!
Science and Health with Key to the Scriptures is the central text of the Christian Science. Mary Baker Eddy described it as her "most important work." She began writing it in February 1872 and the first edition was published in 1875. However, she would continue working on it and making changes for the rest of her life.The book was selected as one of the "75 Books By Women Whose Words Have Changed The World," by the Women's National Book Association.Mary Baker Eddy (July 16, 1821 - December 3, 1910) established the Church of Christ, Scientist, as a Christian denomination and worldwide movement of spiritual healers. She wrote and published the movement's textbook, Science and Health with Key to the Scriptures and 15 other books. She started several weekly and monthly magazines-the Christian Science Sentinel, The Christian Science Journal, and The Herald of Christian Science-that feature articles on Christian Science practice and verified testimonies of healing. In 1908, at the age of 87, she founded The Christian Science Monitor, a global newspaper that has won seven Pulitzer Prizes.Eddy's book Science and Health with Key to the Scriptures has been a best seller for decades, and was selected as one of the "75 Books By Women Whose Words Have Changed The World," by the Women's National Book Association.In 1995 Eddy was inducted into the National Women's Hall of Fame. In 2002, The Mary Baker Eddy Library opened its doors, giving the public access to one of the largest collections about an American woman.Early lifeBow, New HampshireFamilyEddy was born Mary Morse Baker in a farmhouse in Bow, New Hampshire to farmer Mark Baker (d. 1865) and his wife Abigail Barnard Baker, n e Ambrose (d. 1849). Eddy was the youngest of the Bakers' six children: boys Samuel Dow (1808), Albert (1810), and George Sullivan (1812), followed by girls Abigail Barnard (1816), Martha Smith (1819), and Mary Morse (1821).Mark Baker was a strongly religious man from a Protestant Congregationalist background, a firm believer in the final judgment and eternal damnation, according to Eddy. McClure's magazine published a series of articles in 1907 that were highly critical of Eddy, stating that Baker's home library consisted of the Bible-though Eddy responded that this was untrue and that her father had been an avid reader.Eddy wrote that her father had been a justice of the peace at one point and a chaplain of the New Hampshire State Militia. He developed a reputation locally for being disputatious; one neighbor described him as " tiger for a temper and always in a row." 10] McClure's reported several similar stories from neighbors, including that he once killed a crow with his walking stick for violating the Sabbath. The magazine described him as a supporter of slavery and alleged that he had been pleased to hear about Abraham Lincoln's death. Eddy responded that Baker had been a "strong believer in States' rights, but slavery he regarded as a great sin."The Baker children inherited their father's temper, according to McClure's; they also inherited his good looks, and Eddy became known as the village beauty. Life was nevertheless spartan and repetitive. Every day began with lengthy prayer and continued with hard work. The only rest day was the Sabbath.