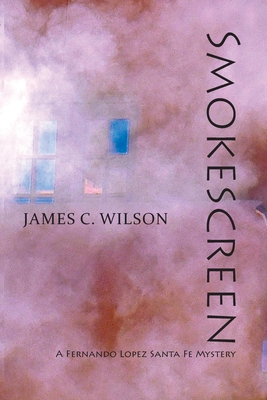 A prominent city councilmember, Tito Garcia, is assassinated at the beginning of the Santa Fe Fiesta. Known as a peacemaker, he had negotiated an agreement to ban a controversial Fiesta procession known as the Entrada. The procession celebrated the Reconquest of Santa Fe twelve years after the 1680 Pueblo Rebellion drove the Spanish out of Santa Fe. Both Spanish and Native American groups blame each other for Garcia's murder and vow revenge. The situation explodes in violence when one Hispanic group attempts to march in downtown Santa Fe in violation of the agreement. Fernando Lopez is forced to rethink the case when he discovers Garcia's involvement with Three-Hills Ranch, a compound suspected of sex-trafficking young women from border towns like Nogales and Juarez. The journey to find answers takes Lopez on a journey into the underbelly of wealthy Santa Fe society where deep cultural and ethnic conflicts have festered for over four hundred years. Smokescreen, the second in the Fernando Lopez Santa Fe Mystery Series, concludes in a fiery confrontation at Three-Hills Ranch, where the truth is finally revealed and justice served. Includes Reading Guide.