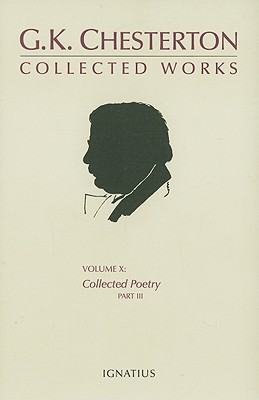 This is book number 10 in the Collected Works of G.K. Chesterton series.

This next volume in Chesterton's series of collected works contains four of his books and four shorter "English" essays. Three of the books are accounts of his travels, two to Ireland and one to Palestine via Egypt. The fourth book is Chesteron's own effort to explain English history to Englishmen as well as to other interested parties, particularly the Irish. All of these books date from about 1920, except Christendom in Ireland, which concerns the 1932 Dublin Eucharistic Congress, which Chesterton attended.

G. K. Chesterton was one of the most beloved and prolific authors of the twentieth century. He wrote dozens of popular books on a variety of topics and thousands of essays. His works include Orthodoxy, The Everlasting Man, The Man Who Was Thursday, and the Father Brown mystery stories.