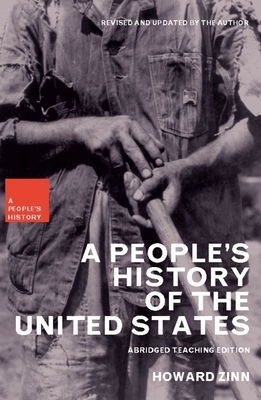 
Estimated arrival to store from West coast warehouse: 2 days. From East coast warehouse: 8 to 10 days.
Howard Zinn's A People's History of the United States has turned history on its head for an entire generation of readers, telling the nation's story from the viewpoints of ordinary people--the slaves, workers, immigrants, women, and Native Americans who made their own history but whose voices are typically omitted from the historical record. The New Press's Abridged Teaching Edition of A People's History of the United States has made Zinn's original text available specifically for classroom use, with a wide range of tools for students to begin a critical inquiry into the American past. The teaching edition includes exercises and teaching materials to accompany each chapter.
Howard Zinn was professor emeritus at Boston University. He was the author of numerous books, including A People's History of the United States, the award-winning Declarations of Independence, and Failure to Quit, as well as a memoir, You Can't Be Neutral on a Moving Train, and a play, Marx in Soho.