The Compleat Dean: A Guide to Academic Leadership in an Age of Uncertainty (Paperback) 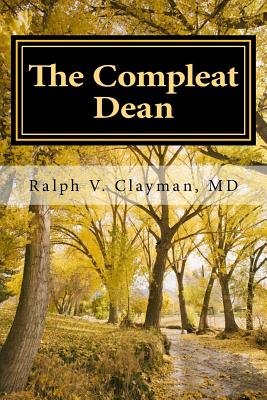 The Compleat Dean: A Guide to Academic Leadership in an Age of Uncertainty (Paperback)


Estimated arrival to store from West coast warehouse: 2 days. From East coast warehouse: 8 to 10 days.
This book is non-returnable. We will confirm your order with you before placing to be sure you acknowledge and accept.
"The Compleat Dean" is compiled from answers to 113 questions covering all aspects of being a Vice Chancellor of Health/Dean of a School of Medicine in the United States. The questionnaire was completed by more than half of the 61 individuals who were Vice Chancellors/Deans of a School of Medicine in 2014, and had been in that position for 5 or more years. In sum, the following text represents more than 350 years of contemporary decanal experience.
Dr. Ralph V. Clayman is a graduate of Grinnell College and the University of California - San Diego, School of Medicine. Following his residency in Urology at the University of Minnesota and an AUA research scholarship at the University of Texas - Southwestern, he spent 17 years at Washington University in St. Louis, attaining the rank of Professor of Urology and Radiology. In January 2002, he became Chair of the newly formed Department of Urology at the University of California - Irvine; within four years, the department was among the top 20 programs in the country. In 2009, he accepted the role of Dean of the UC Irvine School of Medicine. During his five year term as dean, the school of medicine attained full accreditation from the LCME, achieved a positive financial balance, opened over 750,000 square feet of new space, and experienced significant growth in its academic profile. Dr. Clayman is a co-founder of the Endourology Society and is co-editor of the Journal of Endourology. He holds 13 medical device patents and has published over 400 peer reviewed manuscripts. Presently he holds an endowed professorship in the UC Irvine Department of Urology. He has a clinical focus on urolithiasis and co-directs the endourology research laboratory and fellowship program.