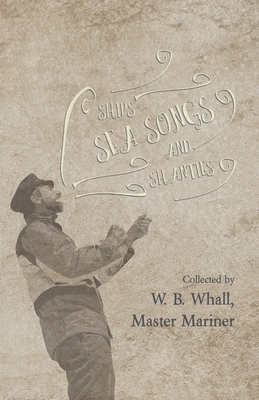 
Estimated arrival to store from West coast warehouse: 2 days. From East coast warehouse: 8 to 10 days.
This book is non-returnable. We will confirm your order with you before placing to be sure you acknowledge and accept.
First published in 1910, "Ships, Sea Songs and Shanties" is a vintage collection of traditional sailing songs, collected and published in this volume by W. B. Whall. Originally appearing in the "Nautical Magazine and Yachting Monthly", the songs come complete with lyrics and sheet music, as well as pictures of various celebrated sailing ships of the time. William Boultbee Whall (1847-1917) was a Master mariner famous for writing this book. He became a member of the Merchant Navy when he was 14 and became acquainted with the songs during his 11 years aboard ships of the East India Companies. In addition to this volume, Whall also wrote a number of books related to practical seamanship and navigation. Many vintage books such as this are increasingly scarce and expensive. We are republishing this volume now in an affordable, modern, high-quality edition complete with specially-commissioned new introduction on folk music.