Primary Sources for Ancient History: Volume I: The Ancient Near East and Greece (Paperback) 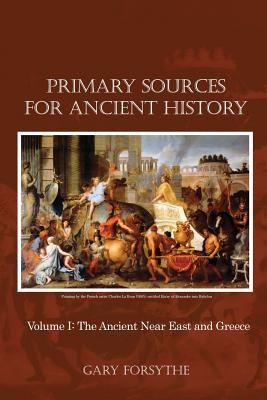 Primary Sources for Ancient History: Volume I: The Ancient Near East and Greece (Paperback)

Despite being condensed into neat identities of the Near East and Greece, these two titles cover a wide-ranging period of time, peoples, lands, and philosophies. Indeed, at first glance these peoples might have nothing in common except for their profound impact on our own world. In these comprehensive readings, however, we understand how all people struggled to define their relationship with their rulers, their gods, and their neighbors.

Primary Sources for Ancient History, Volume I: The Ancient Near East and Greece is a comprehensive selection of ancient writings to supplement a narrative history. Beginning with the Old Babylonian Kingdom of nearly four millennia ago and moving chronologically and geographically to the Egyptian Pharaohs, the dispossessed Jewish nations, the fractured city-kingdoms of Ancient Greece, to end with Alexander's domination of the known world, this book is comprehensive in scope. Every major period and people has at least one reading. From the Law Code of Hammurabi engraved on a stone pillar to scraps of Greek poetry, from Babylonia epics to tallies of food at religious festivals, these readings allow the personalities and actions of tyrants, philosophers, poets, and gods to take center stage. The same events and leaders can be seen through different peoples and viewpoints, giving a rich perspective.

The Ancient Near East and Greece is a valuable resource for understanding the forces - religious, political, and cultural - that have developed the modern world.