The Spirit Transcendent: Exploring the Extraordinary in Human Experience (Paperback) 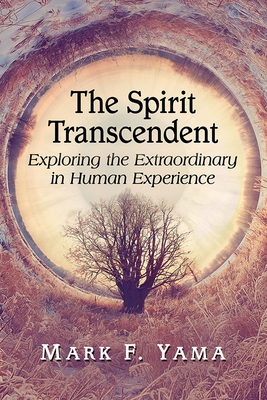 The Spirit Transcendent: Exploring the Extraordinary in Human Experience (Paperback)


This book was in stock yesterday at opening but might have sold in the past 24 hrs. If it's needed today, please call & confirm.

What are we to make of direct spiritual experience? Of accounts of going to heaven or meeting angels? Traditional science would call these hallucinations or delusions. Clinical psychologist Dr. Mark Yama argues the opposite. Through interviews with his patients, he shows that underneath the visions and experiences there is a unifying spiritual reality apart from the material world.

One of the stories recounted in this book is the experience of a woman who could see the future. In a spiritual transport, she was taken to heaven where truths were revealed to her that she later discovered were already written in Gnostic scripture. Another woman lived a life marked by a spiritual sensitivity that defied materialist explanation. After she passed away of cancer, she came to inhabit the consciousness of another of Dr. Yama's patients in the form of a benign possession. These stories, and many others, argue for a deeper reality that places spirituality on an equal footing with the material world.

Mark F. Yama is an associate professor of clinical psychology at the University of Idaho as well as a licensed psychologist in practice for over thirty years. He lives near Moscow, Idaho.