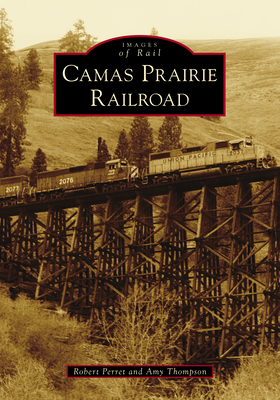 Despite covering less than 300 miles total, the Camas Prairie Railroad connected the region's largest exporters of wheat and lumber and was the last vital section of rail to directly connect the eastern United States with the Pacific Northwest. In addition to freight, the CPRR was the most reliable method of transportation for people and the postal service in this rural area, even allowing for the creation of new towns along the line. The Camas Prairie itself ranged from desert to mountainous forests, with rugged river canyons in between. Infamously known as the Railroad on Stilts, one subdivision alone boasts 44 bridges, many of them made from heavy timber. No longer in business, portions of the track have been removed while some remain active, carrying freight to larger markets. Trestles and tunnels still dot the landscape, giving a peek into the not-so-distant past.

Special collections librarian Robert Perret and archives manager Amy Thompson work in the Special Collections and Archives at the University of Idaho, where they are immersed in the history of the Inland Northwest.