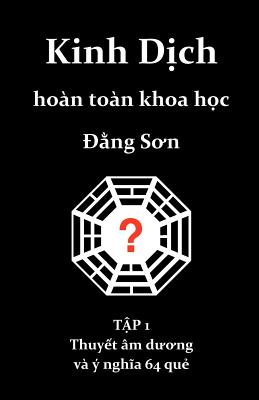 
Estimated arrival to store from West coast warehouse: 2 days. From East coast warehouse: 8 to 10 days.
This book is non-returnable. We will confirm your order with you before placing to be sure you acknowledge and accept.
Judging from its Yin-and-Yang structure, the Book of Change (I-Ching) was most likely founded on binary logic; and judging from the historical texts of the I-Ching, that logic must have been lost thousands of years ago. In this book Dr. Dang-Son builds a geometric model of the Yin Yang theory and uses it to reconstruct the meanings of the 64 hexagrams. When he compares these reconstructed meanings against those recorded in the I-Ching, the agreement is both puzzling and remarkable. Could it be that Dr. Dang-Son has stumbled on the lost scientific code of the I-Ching? You'll be the judge.
Dr. Dang-Son holds a B.S. from University of Southern California and a Ph.D. from University of Minnesota; both in chemical engineering. His work history includes 20 years in the high technology industry in various capacities, from application engineering to acting regional director. Six and a half of these 20 years were spent as an expatriate in Asia, where his ideas on a geometric model of the Yin Yang theory came to fruition.