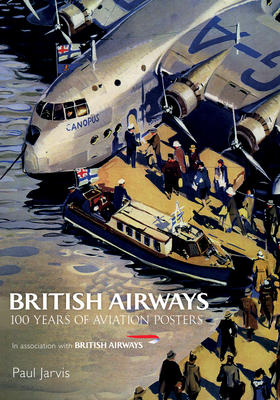 
Ask us a question if anything isn't clear. Thanks!
This collection of 200 posters from the archives of British Airways provides a stunning visual history of air travel from the earliest days to the present. Airline posters often evoked the glamour of air travel at a time when it was a novelty and the height of sophistication. In more recent years the very best creative talents of marketeers and designers have been employed to produce some memorable modern artwork.This richly illustrated collection is a must for anyone interested in aviation and anyone who appreciates design.
Paul Jarvis was the Assistant Company Secretary at British Airways between 1992 and 2003. Retiring in 2003 he volunteered for the honorary role as curator of the British Airways Heritage Collection. The role was to safeguard and preserve the Collection as a national resource and to develop its potential as a source of heritage information and knowledge to support British Airways’ business. Paul worked for nearly 50 years in various managerial roles at British Airways after joining BOAC, a predecessor company of British Airways, as a clerk on 6 June 1966. Paul wrote four published books about British Airways history. He died in 2018.