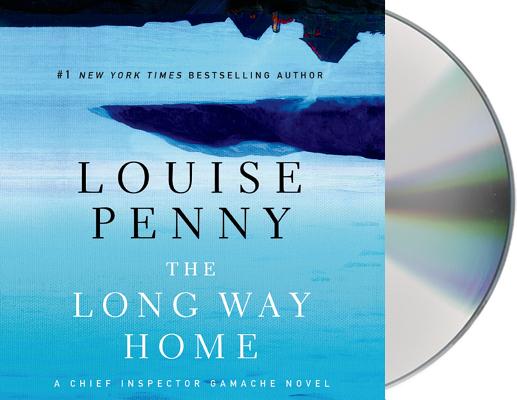 This is book number 10 in the Chief Inspector Gamache Novel series.

“Penny's 10th novel shows us a different side of Armand Gamache. He has retired from the Surete du Quebec, and he and his wife have moved to Three Pines so he can recover both mentally and physically. Not one to be long without a mystery to solve, Gamache agrees to investigate the disappearance of Peter Morrow, a neighbor and friend. Once again, Penny provides an intriguing puzzle but more importantly she offers another installment in the lives of those characters that I and countless other readers have come to love so well.”
— Sharon Nagel, Boswell Book Company, Milwaukee, WI

Happily retired in the village of Three Pines, Armand Gamache, former Chief Inspector of Homicide with the Sûreté du Québec, has found a peace he'd only imagined possible. On warm summer mornings he sits on a bench holding a small book, The Balm in Gilead, in his large hands. "There is a balm in Gilead," his neighbor Clara Morrow reads from the dust jacket, "to make the wounded whole."

While Gamache doesn't talk about his wounds and his balm, Clara tells him about hers. Peter, her artist husband, has failed to come home. Failed to show up as promised on the first anniversary of their separation. She wants Gamache's help to find him. Having finally found sanctuary, Gamache feels a near revulsion at the thought of leaving Three Pines. "There's power enough in Heaven," he finishes the quote as he contemplates the quiet village, "to cure a sin-sick soul." And then he gets up. And joins her.

Together with his former second-in-command, Jean-Guy Beauvoir, and Myrna Landers, they journey deeper and deeper into Québec. And deeper and deeper into the soul of Peter Morrow. A man so desperate to recapture his fame as an artist, he would sell that soul. And may have. The journey takes them further and further from Three Pines, to the very mouth of the great St. Lawrence river. To an area so desolate, so damned, the first mariners called it The land God gave to Cain. And there they discover the terrible damage done by a sin-sick soul.

LOUISE PENNY is the author of the #1 New York Times, USA Today, and Globe and Mail bestselling series of Chief Inspector Armand Gamache novels, and coauthor with Hillary Rodham Clinton of the #1 New York Times bestselling thriller State of Terror. She has won numerous awards, including a CWA Dagger and the Agatha Award (seven times), and was a finalist for the Edgar Award for Best Novel. In 2017, she received the Order of Canada for her contributions to Canadian culture. Louise lives in a small village south of Montréal.

Ralph Cosham is best known as the voice behind all of Louise Penny’s bestselling Chief Inspector Gamache novels. He won the 2013 Audie Award for Louise Penny’s A Beautiful Mystery. He is a film, stage, and voice actor who narrated over 100 audiobooks, including Frankenstein, Around the World in Eighty Days, Alice in Wonderland, and Watership Down. His audiobook credits include works by C.S. Lewis, Simon Brett and C.S. Forester.  Several of his works have been awarded Audio Best of the Year by Publisher’s Weekly.