Doomed: The Tragic Case of Sacco and Vanzetti (Hardcover) 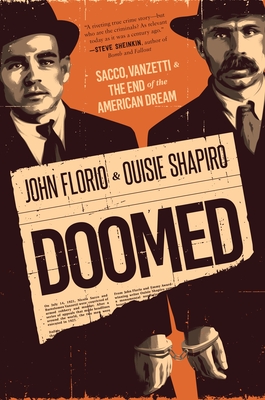 Doomed: The Tragic Case of Sacco and Vanzetti (Hardcover)

From Emmy-award-winning duo John Florio and Ouisie Shapiro comes a monumental YA nonfiction about the heartbreaking case of Sacco and Vanzetti, two Italian immigrants who were wrongfully executed for murder.

In the early 1920s, a Red Scare gripped America. Most of those targeted were Italians, Eastern Europeans, and other immigrants.

When an armed robbery resulting in the death of two people broke headlines in Massachusetts, Nicola Sacco and Bartolomeo Vanzetti - both Italian immigrants - were quick to be accused.

A heated trial ensued, but through it all, the two men maintained their innocence. The controversial case quickly rippled past borders as it became increasingly clear that Sacco and Vanzetti were fated for a guilty sentence. Protests spurred around the world to fight for their lives.

Learn the tragic history we dare not repeat in this action-packed, fast-paced nonfiction that examines issues that still command attention today.

John Florio and Ouisie Shapiro are the authors of One Nation Under Baseball, and One Punch from the Promised Land. Together, they’ve written about sports for The New York Times, The New Yorker, The Atlantic, VICE Sports, and Sports Illustrated. They are married and live in Brooklyn. War in the Ring is their first book for young readers.