Poems from the Asylum (Paperback) 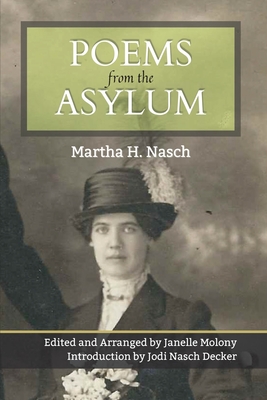 Poems from the Asylum (Paperback)

Biography and complete anthology of harrowing and insightful poems written in 1932 by Martha Hedwig Nasch, patient-inmate #20864 at the St. Peter State Hospital for the Insane.

After noticing something strange from a secret medical procedure in 1927, St. Paul, Minnesota, Martha Nasch's doctor claimed she just had a "case of nerves." With a signature from her adulterous husband, Martha was committed against her will to the asylum. She spent nearly seven years in the Minnesota hospital during the Great Depression and tried to escape twice. Martha's poems written from behind bars include shocking eyewitness accounts of patient mistreatment and a long-suffering adoration for her only child, now being raised alone by her deceiving spouse.

When not a soul believed Martha's story, she sought an explanation for her mysterious condition that led her to a spiritual answer for the mystifying curse. Would her findings make her a metaphysical guru of the Breatharian lifestyle, or would she become the laughingstock of her Depression-era family?

Editing and arrangement by Martha's great-granddaughter, Janelle Molony, with an introduction by Jodi Nasch Decker, granddaughter and family historian. More than fifty photographs and illustrations are included with the historical research that accompanies this beautiful collection of poems.