Saviour of the Nation: An Epic Poem of Winston Churchill's Finest Hour (Paperback) 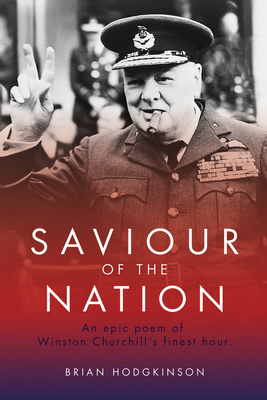 Saviour of the Nation: An Epic Poem of Winston Churchill's Finest Hour (Paperback)


Ask us a question if anything isn't clear. Thanks!
This engaging poem depicts Winston Churchill as a hero, in traditional epic style and echoes the works of Homer and Virgil. The metre adds an emotional intensity to the events of 20th century history more usually found within Classical literature. The narrative covers the period from 1940, when Great Britain faced perhaps the greatest threat to its very existence as an independent nation: invasion and defeat by the rampant forces of Nazi Germany, to 1941 when the United States entered the war after the bombing of Pearl Harbor.
Brian Hodgkinson has taught history for many years. He has published three books of poems, as well as others on history, philosophy and economics. He is currently working on a narrative poem on the history of the Second World War.