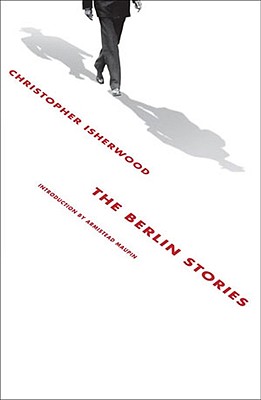 A classic of 20th-century fiction, The Berlin Stories inspired the Broadway musical and Oscar-winning film Cabaret.

First published in the 1930s, The Berlin Stories contains two astonishing related novels, The Last of Mr. Norris and Goodbye to Berlin, which are recognized today as classics of modern fiction. Isherwood magnificently captures 1931 Berlin: charming, with its avenues and cafés; marvelously grotesque, with its nightlife and dreamers; dangerous, with its vice and intrigue; powerful and seedy, with its mobs and millionaires—this is the period when Hitler was beginning his move to power. The Berlin Stories is inhabited by a wealth of characters: the unforgettable Sally Bowles, whose misadventures in the demimonde were popularized on the American stage and screen by Julie Harris in I Am A Camera and Liza Minnelli in Cabaret; Mr. Norris, the improbable old debauchee mysteriously caught between the Nazis and the Communists; plump Fräulein Schroeder, who thinks an operation to reduce the scale of her Büste might relieve her heart palpitations; and the distinguished and doomed Jewish family, the Landauers.

Christopher Isherwood (1904-1986), perhaps the first major openly gay writer to be read extensively by a wider audience, was one of the most distinguished authors of the twentieth century. His literary friendships encompassed such writers as W. H. Auden, E. M. Forster, Stephen Spender, Tennessee Williams, Truman Capote, and Somerset Maugham.

Armistead Maupin is the author of nine novels including the six-volume Tales of the City series and Michael Tolliver Lives.
In Isherwood's work, a magic potion of history and invention, the voice is clear, and, no matter how many times we hear it, it always seems to be speaking for the first time.
— Howard Moss - The New York Times