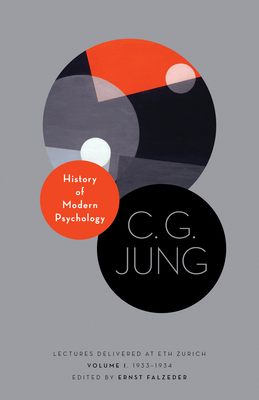 This is book number 18 in the Philemon Foundation series.

Between 1933 and 1941, C. G. Jung delivered a series of public lectures at the Swiss Federal Institute of Technology (ETH) in Zurich. Intended for a general audience, these lectures addressed a broad range of topics, from dream analysis to yoga and meditation. Here for the first time in English are Jung's lectures on the history of modern psychology from the Enlightenment to his own time, delivered in the fall and winter of 1933-34. In these inaugural lectures, Jung emphasizes the development of concepts of the unconscious and offers a comparative study of movements in French, German, British, and American thought. He also gives detailed analyses of Justinus Kerner's The Seeress of Prevorst and Th odore Flournoy's From India to the Planet Mars. These lectures present the history of psychology from the perspective of one of the field's most legendary figures. They provide a unique opportunity to encounter Jung speaking for specialists and nonspecialists alike and are the primary source for understanding his late work. Featuring cross-references to the Jung canon and explanations of concepts and terminology, History of Modern Psychology painstakingly reconstructs and translates these lectures from manuscripts, summaries, and recently recovered shorthand notes of attendees. It is the first volume of a series that will make the ETH lectures available in their entirety to English readers.
Ernst Falzeder is senior research fellow in the School of European Languages, Culture, and Society at University College London and editor and translator at the Philemon Foundation. Ulrich Hoerni is a grandson of C. G. Jung. Mark Kyburz is a translator and editor whose translations include Jung's Red Book. John Peck is a Jungian analyst in private practice and the author of eleven books of poetry.