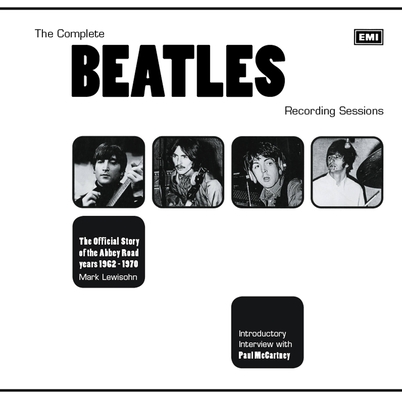 
Estimated arrival to store from West coast warehouse: 2 days. From East coast warehouse: 8 to 10 days.
One of the most important documentaries on rock music ever published, this is EMI Records' official diary-format history of every Beatles recording session. Now in paperback.

Researched from hundreds of unreleased Abbey Road archive tapes, featuring thousands of previously unpublished studio documents and interviews with many of the key recording personnel.

The book is filled with over 350 color and black-and-white photographs and illustrations, including rare photos by Linda McCartney and the first facsimile reproductions of Abbey Road recording sheets, tape boxes, album sleeve roughs, memos, contracts, press releases and much more.
Mark Lewisohn has long been recognized as the leading authority on the Beatles, his books on the Fab Four include the definitive Complete Beatles Chronicle. Based in Hertfordshire, England, he also writes in a freelance capacity for a number of magazine publications.