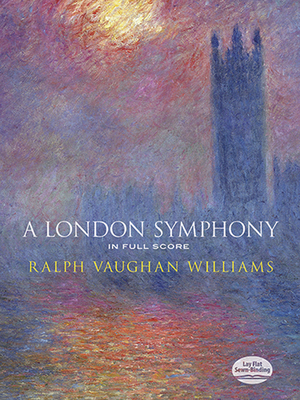 
Ask us a question if anything isn't clear. Thanks!
An outstanding leader in England's twentieth-century musical renaissance, Ralph Vaughan Williams (1872-1958) sought inspiration in English folk song and in the sights and sounds of his native country. A London Symphony, the composer's most colorful orchestral work and his own favorite among his first six symphonies, features echoes of street sounds and cries, including a Cockney accordion and the chimes of Big Ben.
Nevertheless, Vaughan Williams wrote of this symphony, The music is intended to be self-expressive and must stand or fall as 'absolute music.' Its successful fulfillment of his ambition has been widely agreed upon since its 1914 debut. The composer revised the music in subsequent years, but in 1951 -- while reworking the orchestration of his other symphonies -- he left this work alone, perhaps reluctant to tamper further with its profound originality, rich and picturesque scoring, and balanced structure. Musicians and music lovers will appreciate this inexpensive and authoritative edition of Vaughan Williams' masterpiece.