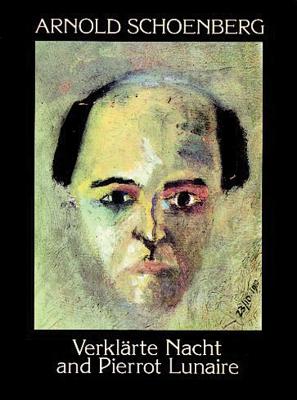 In a number of his early compositions, Arnold Schoenberg (1874-1951) expressed the strong emotions stirred in him by the poetry of Richard Dehmel. Among these seminal works, Verkl rte Nacht (1988) stands out for the beauty and strength of its chromatic language, drawing on Wagner's advances in Tristan und Isolde for its emotional impact.
The program of Verkl rte Nacht is a love story. Yet, in both its content and psychology, the work clearly anticipates the innovative twentieth-century music Schoenberg himself helped to forge.
Pierrot Lunaire, one of Schoenberg's best-known and most striking works, was composed in 1912. It is a music setting for solo voice and chamber ensemble of 21 poems by Albert Giraud, translated into German by the Expressionist poet Otto Erich Hartleben. In this satiric work, evoking moods that are by turns ironic, melodramatic, and sinister, Schoenberg incorporates a highly specialized use of the speaking voice, the singing-speech delivery call Sprechstimme, within an instrumental framework of jolting atonality.
Both Verkl rte Nacht and Pierrot Lunaire deeply influenced the development of the Second Viennese School and, in time, the course of twentieth-century music. They are reprinted here from authoritative editions.