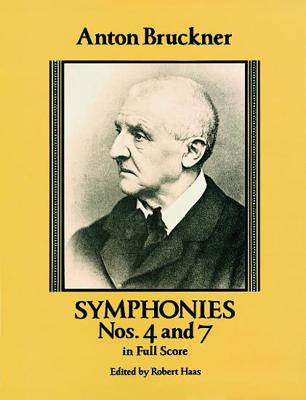 Monumental and inspiring, the nine symphonies of Anton Bruckner (1824-1896) stand as late landmarks in the Austro-Germanic symphonic tradition. Their grandeur, originality, and nobility of vision have made them staples of the orchestral repertoire.
Unfortunately, Bruckner's symphonies suffered in his own lifetime from revision and editing by other musicians, so that the first published editions of several of the works were quite foreign to the composer's intentions. The two symphonies in this volume have been reproduced from the authoritative Bruckner Society editions by Robert Haas, which represent most faithfully Bruckner's ideal versions. Included here are his most famous symphonies, the Symphony No. 4 in E-flat (Romantic) and the Symphony No. 7 in E.