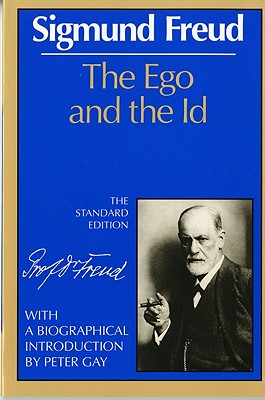 In 1923, in this volume, Freud worked out important implications of the structural theory of mind that he had first set forth three years earlier in Beyond the Pleasure Principle.

The Ego and the Id ranks high among the works of Freud's later years. The heart of his concern is the ego, which he sees battling with three forces: the id, the super-ego, and the outside world.

Of the various English translations of Freud's major works to appear in his lifetime, only one was authorized by Freud himself: The Standard Edition of the Complete Psychological Works of Sigmund Freud under the general editorship of James Strachey.

Freud approved the overall editorial plan, specific renderings of key words and phrases, and the addition of valuable notes, from bibliographical and explanatory. Many of the translations were done by Strachey himself; the rest were prepared under his supervision. The result was to place the Standard Edition in a position of unquestioned supremacy over all other existing versions.

Sigmund Freud (1856-1939) is one of the twentieth century's greatest minds and the founder of the psychoanalytic school of psychology. His many works include The Ego and the Id; An Outline of Psycho-Analysis; Inhibitions; Symptoms and Anxiety; New Introductory Lectures on Psycho-Analysis; Civilization and Its Discontent, and others.

Peter Gay (1923—2015) was the author of more than twenty-five books, including the National Book Award winner The Enlightenment, the best-selling Weimar Culture, and the widely translated Freud: A Life for Our Time.