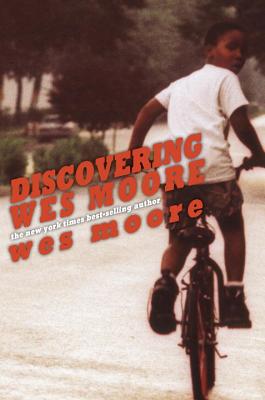 For fans of "The Wire "and "Unbroken "comes a story of two fatherless boys from Baltimore, both named Wes Moore. One is in prison, serving a life sentence for murder. The other is a Rhodes Scholar, an army veteran, and an author whose book is being turned into a movie produced by Oprah Winfrey.
Two men. One overcame adversity. The other suffered the indignities of poverty. Their stories are chronicled in "Discovering Wes Moore," a book for young people based on Wes Moore's bestselling adult memoir, "The Other Wes Moore."
""
The story of the other Wes Moore is one that the author couldn t get out of his mind, not since he learned that another boy with his name just two years his senior grew up in the same Baltimore neighborhood. He wrote that boy now a man a letter, not expecting to receive a reply. But a reply came, and a friendship grew, as letters turned into visits and the two men got to know each other. Eventually, that friendship became the inspiration for "Discovering Wes Moore, " a moving and cautionary tale examining the factors that contribute to success and failure and the choices that make all the difference.
"Includes an 8-page photo insert."

"From the Hardcover edition.

WES MOORE is a graduate of Johns Hopkins University and was a Rhodes Scholar. Heserved as a paratrooper and captain in the U.S. Army in Afghanistan and as a White House Fellow in the U.S. Department of State. He is executive producer of the three-part PBS series "Coming Back with Wes Moore." Moore was named one of the top young business leaders in America and has appeared on the cover of "Time" magazine, which featured him in the article The New Greatest Generation. Wes lives in Baltimore with his wife and daughter. "From the Hardcover edition.""