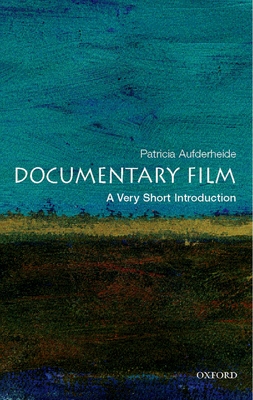 
This book was in stock at the store 24 hours ago but could have sold since then. Please call to confirm if your order is urgent.
Documentary film can encompass anything from Robert Flaherty's pioneering ethnography Nanook of the North to Michael Moore's anti-Iraq War polemic Fahrenheit 9/11, from Dziga Vertov's artful Soviet propaganda piece Man with a Movie Camera to Luc Jacquet's heart-tugging wildlife epic March of the Penguins. In this concise, crisply written guide, Patricia Aufderheide takes readers along the diverse paths of documentary history and charts the lively, often fierce debates among filmmakers and scholars about the best ways to represent reality and to tell the truths worth telling. Beginning with an overview of the central issues of documentary filmmaking--its definitions and purposes, its forms and founders--Aufderheide focuses on several of its key subgenres, including public affairs films, government propaganda (particularly the works produced during World War II), historical documentaries, and nature films. Her thematic approach allows readers to enter the subject matter through the kinds of films that first attracted them to documentaries, and it permits her to make connections between eras, as well as revealing the ongoing nature of documentary's core controversies involving objectivity, advocacy, and bias. Interwoven throughout are discussions of the ethical and practical considerations that arise with every aspect of documentary production. A particularly useful feature of the book is an appended list of 100 great documentaries that anyone with a serious interest in the genre should see. Drawing on the author's four decades of experience as a film scholar and critic, this book is the perfect introduction not just for teachers and students but also for all thoughtful filmgoers and for those who aspire to make documentaries themselves. About the Series: Combining authority with wit, accessibility, and style, Very Short Introductions offer an introduction to some of life's most interesting topics. Written by experts for the newcomer, they demonstrate the finest contemporary thinking about the central problems and issues in hundreds of key topics, from philosophy to Freud, quantum theory to Islam.

Patricia Aufderheide is a professor in the School of Communication at American University in Washington, D.C., and founder-director of its Center for Social Media. She received the career achievement award for scholarship from the International Documentary Association in 2006 and has served as aSundance Film Festival juror and as a board member of the Independent Television Service. She is the author, most recently, of The Daily Planet: A Critic on the Capitalist Culture Beat.