The Ethics of Revenge and the Meanings of the Odyssey (Hardcover) 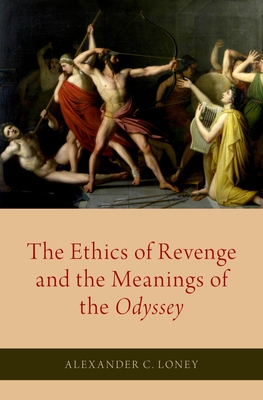 The Ethics of Revenge and the Meanings of the Odyssey (Hardcover)


Estimated arrival to store from West coast warehouse: 2 days. From East coast warehouse: 8 to 10 days.
This book is the first in-depth examination of revenge in the Odyssey. The principal revenge plot of the Odyssey --Odysseus' surprise return to Ithaca after twenty away and his vengeance on Penelope's suitors -- is the act for which he is most celebrated. This story forms the backbone of the Odyssey. But is Odysseus' triumph over the suitors as univocally celebratory as is often assumed? Does the poem contain and even suggest other, darker interpretations of Odysseus' greatest achievement? This book offers a careful analysis of several other revenge plots in the Odyssey -- those of Orestes, Poseidon, Zeus, and the suitors' relatives. It shows how these revenge stories color one another with allusions (explicit and implicit) that connect them and invite audiences to interpret them in light of one another. These stories -- especially Odysseus' revenge upon the suitors -- inevitably turn out to have multiple meanings. One plot of revenge slips into another as the offender in one story becomes a victim to be avenged in the next. As a result, Odysseus turns out to be a much more ambivalent hero than has been commonly accepted. And in the Odyssey's portrayal, revenge is an unstable foundation for a community. Revenge also ends up being a tenuous narrative structure for an epic poem, as a natural end to cycles of vengeance proves elusive. This book offers a radical new reading of the seemingly happy ending of the poem.

Alexander C. Loney is Associate Professor of Classical Languages at Wheaton College. Previously, he was an American Council of Learned Societies New Faculty Fellow in Classics and a fellow of the Whitney Humanities Center at Yale University. He has written on Homer, Hesiod, and Greek lyric poetry. He is co-editor (with Stephen Scully) of the Oxford Handbook of Hesiod.